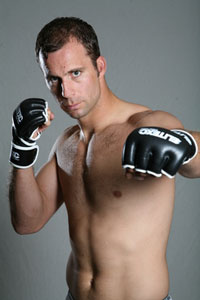 Sherdog's Loretta Hunt with the scoop:

Representatives from both fighters’ camps confirmed the bout to Sherdog.com on Thursday.

The matchup replaces a previously announced tilt for the Strikeforce light heavyweight title between champion Renato "Babalu" Sobral and Feijao. Sobral withdrew from the bout last week to prepare for the birth of his second daughter in late May.

Sobral will defend his title against the winner of the June contender’s bout.

Can't hate on this matchup - Hamman and Bobby Southworth were probably the best replacements available to Strikeforce and either would have been a solid test for "Feijao" on a card that's shaping up to be pretty interesting. Here's how it stands: