A Public Apology Was Nice, UFC 99 on Spike TV Would Be Better

Share All sharing options for: A Public Apology Was Nice, UFC 99 on Spike TV Would Be Better 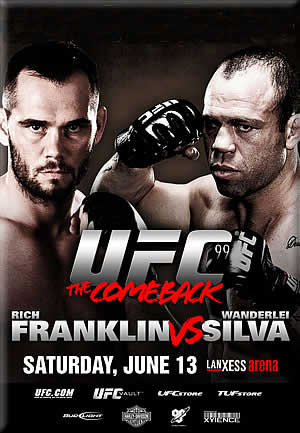 After the debacle of UFC 61, the UFC was in a quandary.  Over 700,000 people bought a show to see Ken Shamrock fight Tito Ortiz, and the fight was stopped early.  To make matters worse, Andrei Arlovski and Tim Sylvia had one of the worst main events in UFC history.  After five rounds of hell, the show felt like a disaster.  A bunch of new fans bought a show for the first time, and they got a turd.

The UFC responded by giving fans a Tito vs. Ken rematch for free on Spike TV.  The show did a huge rating, and a few months later they set their buyrate record at UFC 66.

We've debated Anderson Silva's performance here extensively, and reasonable minds can disagree.  However, there is a lot of anger out there among fans.  I am not the only one that had a casual fan tell me they would never pay to see Anderson Silva again.  Even worse, there was a general feeling of disgust in the bar I was at following the conclusion of the show.  In such a horrible economy people have to make hard choices about where to spend their money, and with a Lyoto Machida main event next month, there is a possibility they could have two major boring main events in a row.  To make it up to people that feel ripped off, they should put UFC 99 from Germany on Spike TV.

As a European show, it probably won't do great on PPV to begin with, and the main event is guaranteed to be exciting.  Putting Wanderlei Silva on television would be a real treat.  The card is barely PPV worthy, but it is fantastic for a free TV card.

This isn't exactly the same as what they did in 2006, but the situation is different.  Back then, casual fans wanted a finish between Tito and Ken.  Right now, the last thing they want to see is another Anderson fight, and if that really is his new style then putting him on free TV is an even bigger risk.

Even with this on free TV, they still are on pace to have 12 PPV shows this year.  The UFC is one of the only businesses in America doing well at the moment, but a business dependent on customer loyalty can see its fortunes change quickly with a decline in quality.  UFC 99 should be free.