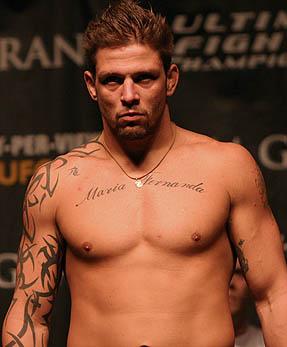 According to MMAWeekly's radio show, the light heavyweight matchup between former UFC and PRIDE fighter Renato "Babalu" Sobral and up-and-coming talent Rafael "Feijao" Cavalcante scheduled to take place from the Scottrade Center in St. Louis, Missouri has been called off. The reasoning is that Sobral's wife will be having a baby on May 24th:

The news was announced on MMAWeekly Radio Monday night by Feijao's manager, Ed Soares, who said that his fighter is still expected to be on the card, but still hopeful to get a shot at the title upon Babalu's return later this year.

Sobral's manager, Richard Wilner, later confirmed the postponement. "When the fight was originally proposed, it was for a May date that was kind of up in the air. Strikeforce used that date for the (Sho MMA: Strikeforce Challengers) show, then told us the date was going to change to June 6," he told MMAWeekly.com. "We basically said okay, but about three days after that, the doctor's confirmed that Babalu's baby was meant to be born on May 24. Then we immediately told Scott Coker and Strikeforce. The fight was then postponed to the August show."

I find it a bit odd that Strikeforce would announce and book the fight after the original fight date was completely up in the air due to the due date of Sobral's child being unknown at the time. The move to June 6th probably didn't help matters any as it is well within a week or two span of the original date.

Nonetheless, it does hinder the card a bit, but at least the fight will take place somewhere down the road. Feijao will still fight on the card, so that's at least a plus in terms of getting him some exposure and giving him a chance to impress fans who may not have seen him in the past.