What About Demian Maia vs. Anderson Silva?

Share All sharing options for: What About Demian Maia vs. Anderson Silva? 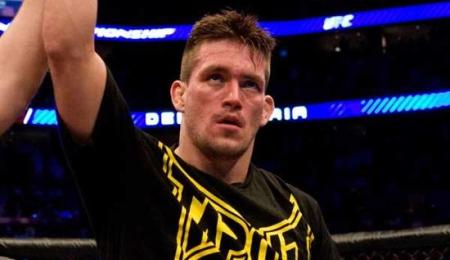 I have to admit that I didn't naturally view Demian Maia as a "loser" following UFC 97.  Michael David Smith makes the case:

Maia, an undefeated Brazilian jiu jitsu specialist, was expected to get the next shot at Silva's middleweight title, probably at UFC 102. But after the way the Silva-Leites fight went, I just can't see the UFC putting the Silva-Maia fight on now. Silva-Leites turned a lot of fans off, and Maia is a very similar fighter to Leites. The UFC won't want to turn the fans off again, and that means the UFC won't match Silva up with a submission specialist again.

So Maia will probably fight someone like Nate Marquardt (and I think Maia-Marquardt is a great fight), while the UFC will try to find a bigger name to take on Silva next. Maybe that means defending the middleweight title against welterweight champ Georges St Pierre, although St. Pierre has a very tough fight ahead of him against Thiago Alves at UFC 100.

Actually, I don't look at Leites and Maia as being interchangeable in respect to MMA skillsets.  Maia's an extremely offensive grappler, probably moreso than anyone else in the UFC.  However, I can see the fans and the UFC brass wanting someone who will push the action against Anderson Silva, someone who will either attempt to mount a striking offensive or can wrestle Silva to the ground.

It's a vexing situation that the UFC finds itself in.  They're fortunate enough to have arguably the best pound-for-pound fighter in the world.  But, who can you match the man up against?  How much confidence do you have in him as a headliner, given his most recent performances?  Whatever is broken - whether it's bad matchmaking or something else - needs to be fixed.