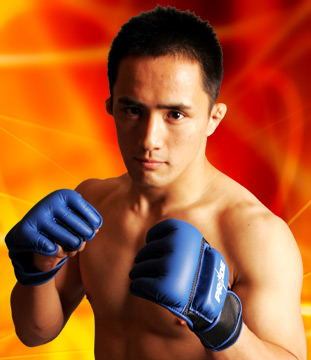 Fightticker radio has an interview with Strikeforce CEO Scott Coker:

Strikeforce has indeed contacted Mitsuhiro Ishida as a potential replacement for injured lightweight champ Josh Thomson. If Strikeforce is successful in procuring his services, Ishida would face former champ Gilber Melendez in a rematch of their 2007 bout which Ishida won by decision.

This is exciting news and could be a great matchup. Ishida beat Melendez on NYE 2007, handing the then-undefeated Melendez his first loss. Since that time Gilbert has gone 1-1. A loss to Ishida in a rematch would put him at 1-3 in the last two years and put the one time top ten lightweight in a career tailspin.

I'm presuming that Coker is desperate enough for an opponent for Melendez that he won't be trying to force exclusivity on Ishida. That's a good sign for the promotion as their ability to import top Japanese fighters like Ishida and Kazuo Misaki significantly deepens their talent pool.