The Likely Retirement of Chuck Liddell

Share All sharing options for: The Likely Retirement of Chuck Liddell 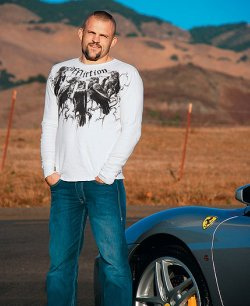 While Liddell, himself, hasn't made a definitive statement about his future in MMA, Dana White is not mincing words.

There are two important, and far from mutually exclusive, factors likely driving White's insistence that Liddell retire from competition.  First, Liddell is synonymous with the UFC.  He's been the center of many of the promotion's greatest moments and has been the face of the organization as it has grown into a viable, competitive sports entity.  Though it may sound somewhat callous, given the emotional tie many fans have to Liddell and his legacy,  allowing him to fight at a much lower level, ultimately resulting in Liddell being stopped, isn't particularly good for the UFC product.

The second, and I would guess larger, factor concerning the UFC president is that White doesn't want to see a loyal friend hurt and embarrassed further.  Many Michael Jordan fans hated to see him return to the NBA as a Washington Wizard.  That was totally  a concern about his legacy.  Fans cringed at the thought of seeing the once great player competing with a deteriorated set of skills.  Jordan at an advanced age with rust from a long layoff was still very good, but he wasn't the same guy who lead the Chicago Bulls to six championships.  Though concerns about legacy are worthwhile, the stakes are raised dramatically in fighting and other violent sports.  Operating at less than full ability could lead to physical damage that haunts the individual throughout the duration of life.  Then, there's always the real possibility of a fatal injury.

Personally, I'm not a person who cheers increased intervention by athletic commissions to keep rule-abiding fighters from fighting.  Though it's necessary in some cases, I see it as being less than ideal.  I do like to see friends and employers stepping in and doing what is right in regard to the well-being of the fighter and the good of the larger business.  Certainly, I couldn't adequately make the call for Liddell.  Like most, I simply don't possess the information nor the expertise.  The encouraging aspect of this story rests with the support that Liddell seems to have.  Whether you're a Chuck Liddell fan or not, it would be absurd to deny him his prominent place in modern MMA.  For him to assume his rightful placement in MMA history, and for him to be able to fully enjoy his life after fighting, a proper decision regarding retirement is a must.