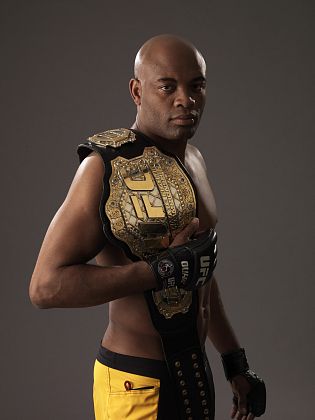 Like a movie that just doesn't live up to the hype, Anderson Silva left fans discontented and discouraged following UFC 97.  Coming off the unsatisfying resolution of his fight with Patrick Cote at UFC 90, many expected to see a fighter energized and motivated to quickly work towards a finish.

Instead, Silva continued where he left off with Cote. Silva fought a patient, intelligent fight refusing to follow Leites to the floor while economizing the output of strikes standing.

However, one must question whether Silva deserves the inevitable criticisms of his latest performance.  After rewatching tonight's main event, I've come to the following conclusions.

1. The Silva/Leites fight isn't as bad as the initial viewing.  Now, the fight will not be mistaken for a classic by anyone.  But I think a lot of the disappointment centers around the fact that Silva couldn't (or wouldn't) finish Leites.  When watching the fight a second time and accepting the absence of a finish, the bout becomes a lot more interesting.  Why?

2. Silva's incredibly creative.  If you pay attention, Silva throws a plethora of strikes I can't say I've seen before.  The most obvious and effective is the side kick to the knee.  Silva began throwing this in round 3 using it to wear down and stifle any attempt from Leites to shoot.  In the more-style-than-substance file, we saw Silva throw punches to Leites' legs, throw a standing hammer fist, bring in a soccer-influenced behind-the-heel kick, and a comically punching Leites' dangling guard foot.

3. Leites refused to engage after round 2.  When Silva started to open up and unload strikes in round 3, Leites reverted to a strategy of attempting to pull guard any time Silva began to mount an attack.  You could see the frustration in Silva's countenance grow with each successive attempt.  Whatever your opinion regarding Silva's urgency to finish the fight, it must be agreed that the ability of a fighter to finish worsens if his opponent makes every attempt to avoid punishment.  Chuck Liddell said it best in the post fight presser:

He was attacking him the whole time.  It is a frustrating fight for a striker when a guy every time you go to hit him he falls to his back.

There's no doubt that this is Silva's most underwhelming performance since entering the Octagon and is probably the most underwhelming title fight in recent memory.  Silva's personal performance, however, is not the "shameful" display that I've heard some people make it out to be.  Given an opponent who clearly gave up any notion of victory and just avoided an embarassing knockout, I can forgive the Spider's perceived transgressions.  Silva must understand, however, that repeated performances like tonight will only draw the ire of fans.