Lift the Ban Watch: UFC to Boston in November?

Share All sharing options for: Lift the Ban Watch: UFC to Boston in November? 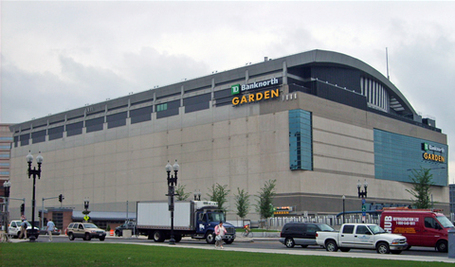 Kenny Florian and UFC VP of Regulation and Governmental Affairs Marc Ratner (among other UFC reps) took the floor of the Massachusetts State House on Thursday in the UFC's latest attempt to persuade the state’s public safety committee to regulate mixed martial arts. And it sounds like things went well:

The hearing, which featured no opposition testimony, was considered a success by all parties.

"The panel made a great case for what I think is pretty straightforward," said Sen. James Timilty (D-Walpole), the chairman of the public safety and homeland security committee. "The sport is exploding in popularity, but it is existing right now unregulated (in Massachusetts). Boxing has been regulated for decades. It’s about time that we’ve made the adjustment."

You may remember Senator Timilty from the UFC's failed attempt to hold a show at the TD Banknorth Garden (or just "the Gahden," as it's known around here) last November; his state budget amendment which would have precipitated the regulation of MMA in the Bay State was taken off the table last summer when it became apparent the legislature would not have time to address it.

According to UFC general counsel Lawrence Epstein, the UFC is once again targeting the Garden for a November show:

The next phase of the process will be the public safety committee voting to favorably report on the bill, which will pave the way for it to move through the Senate, the House and ultimately land on Gov. Deval Patrick’s desk to be signed into law.

If that happens, the UFC will waste no time trying to get a show at the Garden, as Epstein said the third week of November has been tentatively targeted for an event.