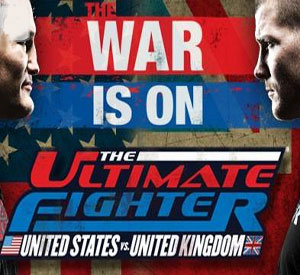 Missed weight, fainting, and a case of herpes.  Not exactly a blazing start for the Americans in week two.  This week, the two teams enter the house for the first time.  With what looks to be the increasing influence of Spike producers, Junie Browning's brother Rob appeared at the end of last week as a replacement fighter.  Previews have already confirmed dumbassery runs in the family, but he needs a win to stay in the house.  Does MMA Nation pump their fists in victory or do we have 10+ weeks of a narcissistic buffoon?

Don't leave after the Ultimate Fighter, either.  Deadliest Warriors continues their all-time tournament as vikings square off with samurais in a fantasy battle to the death.