Share All sharing options for: UFC 12: Run Out of New York 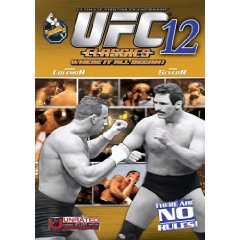 Dave Meltzer's report on UFC 12 from Yahoo's continuing history of the UFC series covers a dark period on the sport's history:

But the real story took place in the days leading to the show. The New York Times ran several days' worth of stories that turned the political tide against the event, decrying the sport, then known as no holds barred (the term mixed martial arts, created in Japan by pro wrestling promoters was not yet being used), or NHB for short.

The state assembly in New York, which had just voted to legalize the sport, after the articles blasting the legislature for doing so, voted 134-1 to reverse their tracks. The state senate drafted their own bill, which wasn't to ban the sport, but to allow local politicians the right to ban it within their jurisdiction. The senate voted 33-0 to pass the bill, which Gov. George Pataki vowed to sign. Since it was still legal that week, a few days before the event, the New York State Athletic Commission hastily created a 114-page rule book, completely changing the event.

Among the rules put in place were no submissions or ground work, and fighters would have to wear amateur boxing headgear.

Note how the NY state legislature was moving in the right direction until the NY Times decided to launch a crusade. That is what we call the power of the press. And it's why MMA fans need to take the corporate media seriously when they turn their attention to the sport.

The bad old days may seem like a distant memory, but the tides could easily turn again. Remember it was a media crusade in Japan that brought down PRIDE.