UFC 10: When Ground and Pound in Mixed Martial Arts Was Born

Share All sharing options for: UFC 10: When Ground and Pound in Mixed Martial Arts Was Born 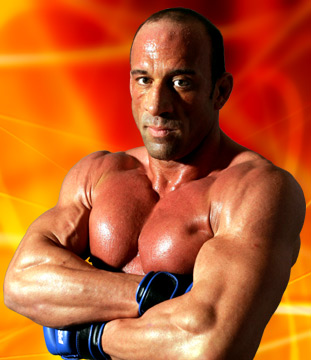 I'm loving the Yahoo UFC retrospective as we approach UFC 100. We're up to UFC 10 and for folks who are new to the sport, this was the introduction of Coleman into MMA and the embryonic beginnings of what is now known as "ground and pound":

UFC 9 two months earlier was an artistic fiasco, as the company dropped its traditional tournament format for a straight fight card, a series of matches that failed to live up to potential.

So the company returned to its roots with a one night, eight-man tournament on July 12, 1996 and set the stage for the emergence of its next superstar.

Mark Coleman, who placed seventh at 220 lbs. in the 1992 Olympics and won an NCAA heavyweight title at Ohio State, exploded into the scene to win the tournament in his MMA debut.

The night ended up going down in history as "the birth of ground and pound," as Coleman employed his wrestling takedowns to set up a brutal ground game. "The Hammer" made short work of Morti Horenstein in the first round, stopped established star Gary Goodridge in the semifinals, then scored what was at the time considered a major upset, as he stopped Don Frye in 11:34 to win the tourney.

Early ground and pound from Coleman involved a lot of head butts and almost no attempts to pass guard. But as other wrestlers and jiu-jitsu players begin to incorporate passing, strikes to set up passes (passing wasn't a part of the second or even third iteration of GNP; in fact, early practitioners of GNP like Tito Ortiz adopted a similar style of ground and pound from Coleman that involved a more frenetic attack but also incorporated very little passing) and other openings, GNP slowly became something new even as rules changed to enforce stand-ups and more action. With additional fine tuning on how to launch varied strikes, ground and pound evolved over time into what is now a formidable, controlling, ultimately punishing and unique feature to MMA fighting that exists nowhere else in combat sports.