Share All sharing options for: The Ultimate Fighter Isn't About Making Stars 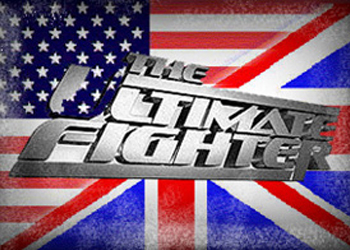 Originally, the ideas behind TUF were three-fold:  1)  Build up new stars in the house; 2) promote a big fight between the coaches, and; 3) turn the coaches from stars into superstars by prominently featuring them on the show.

The first goal is obviously no longer something the UFC is interested in.  We've gone from winners like Forrest Griffin, Rashad Evans, and Michael Bisping to winners like Ryan Bader and Amir Sadollah.  I'm not trying to bash these guys, but there is a clear skill difference in the level of fighters on the show now as compared to what we saw just a few years ago.

There are a few reasons for this.  First of all, promotions like Strikeforce and Affliction offer fighters a better stage and better money than TUF.  Second, most fighters are portrayed as animals in the house, and stories about how horrible being in the house is are widespread in the industry.  Frankly, a fighter is better off building himself up in small fights, going to Strikeforce, and eventually signing with the UFC than working through the TUF system.

The main goal of The Ultimate Fighter now is to keep a million or so fans regularly watching Spike and UFC-related content.  By keeping these fans watching, they are exposed to regular PPV previews, countdown shows, and all sorts of other content that keeps them buying PPV shows.  The secondary goal is promoting a fight at the end of the show.  It's no longer a big goal for the most part, Mir-Nogueira and now Henderson-Bisping are semi main events at best.

The Ultimate Fighter is not for the sophisticated fight fan.  It is there to keep that classic 18-34 male that likes "Manswers" interested in the UFC.  For years I've been frustrated with what the show has become, but I've come to realize the show just isn't aimed at people like me, and it's unrealistic to expect it to change.

The show is no longer relevant MMA television.  If guys like Junie Browning ever become relevant, it will be a result of the training they do for years after the show, not what they did on the show.  The same goes for guys like Amir Sadollah and Ryan Bader.  Instead of seeing guys on the brink of stardom, TUF now showcases guys right at the beginning of their careers, which makes it only slightly better than your average amateur fight show on HDNet.