Share All sharing options for: DREAM.7 Preview, Part 2: The Superfights

Here's the second half of our look at this wekeend's DREAM.7 card, complete with more slipshod predictions by yours truly. (Here's Part 1, in case you missed it.) Leave your picks in the comments, and make sure to join me back here on Sunday morning (just a couple hours after UFC 96 ends) for live results and commentary. Sleep deprivation is fun!

By the way, HDNet will not be airing DREAM live this time out as they have in the past. (Though they will air the March 20th Sengoku show without delay.) The event will be broadcast on tape delay next Saturday, March 14th. Here's a statement from HDNet Fights CEO Andrew Simon:

HDNet would love to show DREAM live, but the issue is that they are having the event on a Sunday night in Tokyo…it makes for an awful time for people to watch in the U.S. I would love if DREAM held events on Friday or Saturday, then we would air it LIVE. We try to keep our new MMA programming primarily on Fridays and some Saturdays so fans always know when they can catch MMA on HDNet. The Friday the 13th weekend will be incredible on HDNet — DREAM 7 and Affliction Day of Reckoning. With over 35 events planned for this year, HDNet is THE Home for MMA. We are very excited to show the debut of Sengoku LIVE on HDNet in March as well. No decision has been made on DREAM 8 airtime as of today.

Ishida-Nakamura aside, DREAM.7's superfights aren't much to get excited about when stood side-by-side with the show's phenomenal featherweight line-up. But who among us can deny the simple joy of watching Shinya Aoki choke out a gaijin in under 90 seconds? Consider these bouts the rich, unhealthy and completely unnecessary dessert to our non-fat main course. And watch out for this Joe Warren guy... 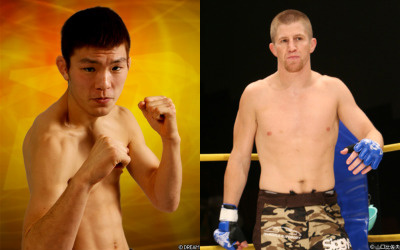 What began as a joke at a press conference has become reality as WAMMA's undisputed lightweight champion (lulz) takes a short notice tune-up bout ("to help sell tickets") before entering DREAM's Welterweight Grand Prix next month.

Since the match was announced, detractors have lambasted Gardner as another Todd Moore or Brian Lo-A-Njoe, a moderately physically threatening but nonetheless virtually harmless record-builder being fed to FEG's scrawny golden child.

And, well, they're right.

In fairness, DREAM's matchmaker is probably working with skewed scouting: Gardner is 3-2 in his last five fights, and two of those wins were impressive first round TKO stoppages at M-1 Challenge shows in Japan and South Korea. But the most meaningful victories on Gardner's resume are over three years old (Ryan Schultz, Rich Clementi) and while the journeyman does possess knockout power - the only known kryptonite to Aoki's spindly submission Superman - his boxing is not technically sound. That's where Aoki gets inside, trips him up (or climbs him like a tree) and end this with a quickness.

Shinya Aoki via Submission, Round 1 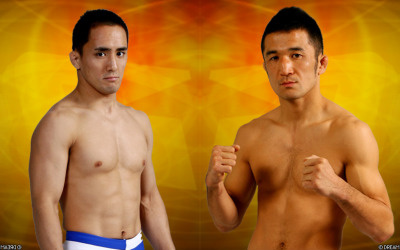 Following a devastating TKO at the hands (and feet) of Takanori Gomi, Ishida stunned many by dealing Gilbert Melendez his first career loss, en route to a 3-1 record in 2008. Most recently, the resurgent "Endless Fighter" impressed at the Playboy Mansion with a slick armbarring of wrestler Justin Wilcox in Strikeforce.

The durable DEEP and PRIDE vet Nakamura has faced less sterling competition of late; though he rides an eight fight win streak into the bout, several of those victories were against sub-.500 opponents.

We're looking at one fighter who's still moving toward his apex and one who, while not necessarily on his way down, has been stagnating in a pool of mediocre competition. That said, this would have Fight of the Night written all over it were it not for the dozen featherweights lining the card. I foresee the smaller Ishida outworking, outlasting and ultimately outclassing a fatigable Nakamura in an up-and-down, back-and-forth affair. Caveat: if Nakamura wears his knee-high Pancrase style boots, Ishida's chances for a submission increase tenfold. 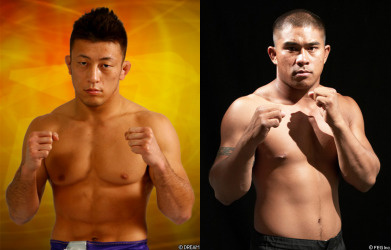 Though Kawajiri hasn't competed in DREAM since his hard-fought LWGP loss to Eddie Alvarez last summer, he's spent his downtime well, traveling Japan to spread the gospel of MMA with his "CRUSHER Project" and thoroughly demolishing K-1 vet Kozo Takeda in a kickboxing match on New Years Eve.

Now the "Crusher" aims to impress the world's consensus #1 lightweight by tattooing B.J. Penn's Hilo protege. Though once considered a legitimate prospect, Ebanez has continually faltered on the big stage, dropping turning-point fights to Alvarez, Mike Pyle and Carlos Condit.

Ebanez throws hard, but Kawajiri throws harder and with more accuracy. To me, the only question here is whether Ebanez' chin will hold up. Given Kawajiri's relative inactivity of late, I'll say this goes the distance, but it shouldn't be close. 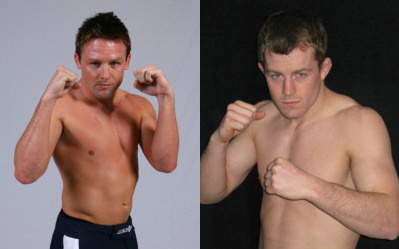 A two-time NCAA champion at Michigan and one of only five Americans ever to win a World Greco-Roman championship (2006), the debuting Warren brings with him some of the most impressive wrestling credentials ever seen in MMA. He might have brought a medal from Beijing, too, were it not for the positive drug test (his second for marijuana) which led to a two-year suspension, effectively retiring the 31-year old from competition and shifting his focus to MMA. (Suppose that's a bit of an ouroboros situation, since Warren may not have transitioned to fighting if he'd gone to the Olympics, but I digress...)

DREAM is dealing Warren no break by starting him against former WEC bantamweight champ Chase Beebe, himself a decorated collegiate wrestler with a developed submission game. Beebe enters following two straight WEC losses, and was slated to face Mike Easton for the UWC 135-pound strap last month before withdrawing just days prior due to a mysterious knee injury.

Legit concern or not, I think Beebe will look to keep this standing for as long as Warren permits, strong wrestlers tending to cancel one another out. I can't imagine Warren - who trains with the grapple-centric Team Quest  - possessing a sophisticated striking game this early in his career, but those who have trained him praise his otherworldly dedication and drive, and Beebe's hands aren't much to fear either.

Ultimately, I see Warren bringing this to the mat where he'll likely be able to muscle out of Beebe's sub attempts and grind out an upset win in his first fight. We all know betting on a first time fighter is a dice roll, but Warren's background ranks him among the most serious of MMA prospects right out of the gate. I might have picked him here regardless; taking Beebe's potential injury into consideration just seals the deal. Depending on how he performs in this fight and who he's matched against should he make the second round, Warren could be the true dark horse of the tourney.