Ryan Jensen Not Cleared to Fight at UFN 18 for Adderall

Share All sharing options for: Ryan Jensen Not Cleared to Fight at UFN 18 for Adderall 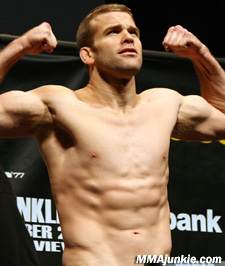 The UFC really needs to train their fighters on what prescription drugs to avoid. From MMA Weekly:

Independent sources have confirmed to MMAWeekly.com that the alleged medical issue stems from Jensen's use of Adderall, which is not allowed under standard athletic commission rules.
...
According to sources, Jensen disclosed his use of the drug to the commission and the bout was held up pending further approval. Obviously, the commission decided to scrap the bout all together, and Jensen vs. Steinbeiss will no longer happen... at least in Nashville, Tenn., Wednesday night.

Really regrettable. Totally preventable. Major downer for Steinbeiss who trained, prepared and didn't do anything wrong. I wonder if the UFC will still pay him.

Tim Credeur ran into this very same situation at the TUF 7 finale. It is totally unprofessional that Jensen was not aware of this possibility and I believe the UFC really ought to do more drug awareness training with their fighters.

I also have to question Jensen's doctor's wisdom in prescribing Adderall to a professional athlete.