A Grain of Salt for Rory Markham's Collapsed Lung

Share All sharing options for: A Grain of Salt for Rory Markham's Collapsed Lung 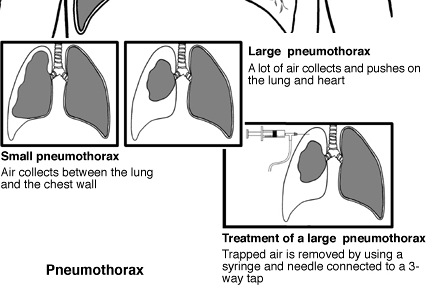 We've been reading all day about the ghastly weight-cut induced injury Rory Markham entered his UFC 95 fight with Dan Hardy with. Fightlinker has already concluded that Markham is a dumbass. Here's another take, from Zak Woods:

When fighters make this kind of announcement regarding injuries suffered, but offer no details  of the severity or degree, it is our job to say wait a minute, this isn't making a whole lot of sense.

Remember when Jamie Varner was complaining about his 'detached retina'? That isn't the type of injury that you can just waltz into the optometrists office a week after it occurred, at least if it is as severe as Varner was describing.

Look, we saw what happened with Amare Stoudemire when he had a detached retina. Immediate surgery and out for the rest of the regular season. Not quite on par with Varner's injury.

It is important to remember when these fighters describe an injury to take it with a grain of salt. They are not medical professionals nor are they describing the severity of the injury they are classifying. It's akin to saying, I have a broken toe, when the break is a small chip off the end, versus explaining, that I have a fractured third metatarsal which will require screws in order to set the bone to heal. It is in the specifics and description of an injury, not some medical term that is simply thrown out there, that we discover what type of damage has actually been done to a fighter.

Zak goes on to offer some medical details on exactly what a "collapsed lung" or pneumothorax really is and is not. This isn't to say that Rory Markham isn't a tough and brave man, just a much needed reminder to check ourselves before we get too carried away.