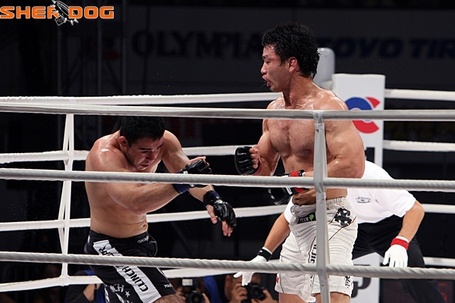 This would be awesome, especially if Andre Galvao also enters. The GP begins April 5 and airs on HDNet. While nothing is signed, it looks highly likely from everything I have been able to find so far, that Marcelhino will enter.

American Top Team coach Ricardo Liborio confirmed the likelihood Marcelo Garcia will sign with Japanese promotion Dream, which will host a 77kg Grand Prix this year. The tournament has already confirmed such high-profile fighters as Japanese idol Shinya Aoki, as well as a likely appearance from Andre Galvao, Marcelo’s rival from the days of their competing in sport Jiu-Jitsu.

"There’s a good chance. Nothing’s in ink yet, but there really is a good chance Marcelo will be in the GP," said Liborio to Portal das Lutas.