Wanderlei Silva is preparing to make the long needed drop -- at least in my opinion -- from light heavyweight down to middleweight, with the fighter telling ESPN's Franklin McNeil his plans prior to UFC 94 on Jan. 31.

After signing with the UFC, he has gone 1-2 in the LHW division, beating Keith Jardine but losing to Quinton Jackson and Chuck Liddell. 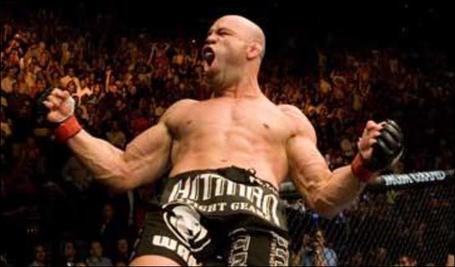 Since then, he has confirmed his plans to drop in weight to numerous other members of the media, and most would agree that the middleweight division fits him better.  Most fighters competing at LHW cut significant weight to make the 205-pound weight limit, while Silva's walking weight is just 208 pounds.

"I think this is the technique," Silva recently told MMAWeekly.com.  "Yeah, I could try because every guy in my division have to cut to 205 and my normal is 208. I'm going to test now... I'm going to cut my weight. Maybe I go to fight in my next fight at 185," says Silva. Always toeing the company line, he's not ready to make a permanent move, adding, "I could fight in both divisions; I could fight 185 and 205."

And although he's willing to drop down to MW, like he told MMAWeekly, it's also highly likely he'll step back into the LHW division in the future.

I know Mike already wrote about this late last month, but I just wanted to bring the topic up again, as it's cold and rainy and wanted something to ramble about.  I'm curious to see who the UFC matches him up with for his first fight at MW.  Any guesses?