Tito Ortiz Tweets That Mark Coleman Pulled Out of UFC 106

Share All sharing options for: Tito Ortiz Tweets That Mark Coleman Pulled Out of UFC 106 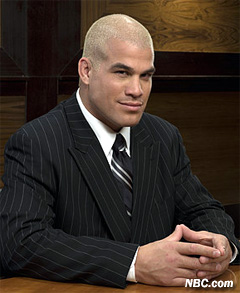 Unfortunate news if it's true:

There's an obvious solution here: Rashad Evans should step in to fight Tito Ortiz.  It's a natural rematch, Rashad is hot off the show, and it would be an even bigger match than the original.  Their first fight was an extremely close fight that ended in a draw, though a number of people including myself believe Tito Ortiz got the moral victory that night.

There are a number of other options, including Thiago Silva, who is rumored to be fighting Rashad Evans in a fight that makes no sense.  They could also try to get someone like Stephan Bonnar to step in, or maybe a young star like Jon Jones could get the chance of a lifetime.

There's no shortage of options, but the "plan" to give Ortiz an easy win has been foiled.  There's no guarantee he would have won, Coleman is a tough guy, but Ortiz would have been heavily favored.  He may now have to fight a top 10 light heavyweight.