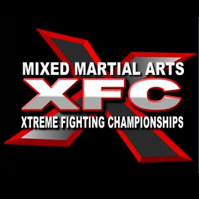 XFC representatives today told MMAjunkie.com (www.mmajunkie.com) that four live XFC events will be broadcast on HDNet this year and four live events in 2010.

An option is available for 2011 and beyond.

The first event expected to air on HDNet is the upcoming XFC 8 show, which takes place April 18 at the Thompson-Boling Arena in Knoxville, Tenn.

This is obviously a huge step for the XFC, who've been able to draw ridiculous crowds in their home state with only a grassroots campaign behind them, and even with middling main events like Gan McGee vs. Johnathan Ivey. As XFC President John Prisco points out, "there's a finite number of MMA promotions airing live coast to coast on national television right now" (approximately one).

HDNet also continues to show their commitment to the sport, and particularly to worthwhile regional promotions. Though the network is available in relatively few homes - and as a premium channel at that - it's become a must-have for MMA fans for exactly this type of show.